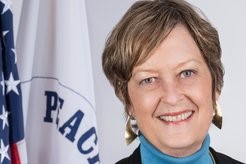 RPCV of Colorado has started a YouTube Channel to make it possible for the RPCV community to view recorded events.

Our first video is of Peace Corps Director Dr. Olsen on November 5, 2020.  Jody began her career as a Peace Corps Volunteer, serving in Tunisia from 1966-1968. She has since served the agency in multiple leadership positions—as Acting Director in 2009; Deputy Director from 2002-2009; Chief of Staff from 1989-1992; Regional Director, North Africa, Near East, Asia, Pacific from 1981- 1984; and Country Director in Togo from 1979-1981.  Dr. Olsen is serving in a challenging time where decisions about Peace Corps Volunteer in the time of COVID are at the forefront of the agency.  We expect that this and other topics will be discussed during the interview.  Jody also brought along Andrew Wilson, PC Third Goal Director.

Dr. Olsen was interviewed by two of our noteworthy members.  Jeannie Ritter RPCV Tunisia, is a past First Lady of Colorado and works for Mental Health Center of Denver.  She will be accompanied by Suzanne Smith RPCV Mongolia, is the current past president of RPCVCO and currently serves on our board as advocacy chair.

You can view this video at https://www.youtube.com/watch?v=CeeBoaHe2eE